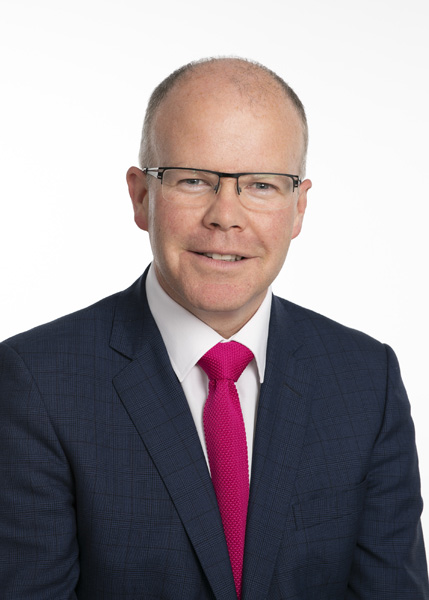 Aontú, a new all-Ireland political party set up by Peadar Tóibín have this week launched their youth branch - Ógra Aontú - over a number of zoom calls due to the restrictions resulting from Covid_19.

Speaking at the launch of Ógra, some of its members explained why they joined the party. Cathaoirleach of Ógra Aontú, Ben Conroy from Dublin said the he joined because he was impressed “by the courage and integrity of Peadar Tóibín” adding that Aontú cares about the “common good for everyone, whether you are somebody who is in a direct provisions centre, or you are somebody in the north who is used to being ignored by both Dublin and London, whether you are a child in the womb or you’re an elderly person in a nursing home- to Aontú, and to Peadar, you are not an afterthought, you are not expendable”.

Another member of Ógra is Miriam Keogh, a student nurse in UCD, speaking at the launch she said that for the last couple of weeks she has been working on the frontline helping to fight the Coronavirus… “There had been a lot of reports from student nurses that they weren’t getting paid for the work that they were doing on the frontline during this pandemic. I had been in contact with Aontú and Peadar spoke up on behalf of all student nurses. Following this, the department of health moved to rectify the situation, and are now offering paid contracts to student nurses who wish to work at this time.”

Dáire Tully explained why he left Fianna Fáil to join Aontú - “I am the former chairperson of the Wolfe Tone Cumann, the Fianna Fáil party’s branch in Trinity College Dublin. I left the party because I believe Micháel Martin fails to listen to the membership when they say something he does not like. Aontú is a grassroots driven party which genuinely believes in the proclamation of 1916 and that is why I joined Aontú.”

Bernadette Harkin, a student in Queen's University Belfast said that Aontú’s vision is one that “emphasises inclusivity, one that promotes a sustainable future for our environment. As someone with a sister with special needs, Trisomy 13, disability rights have always been on the forefront of my mind when it comes to the ballot box and no party that I have seen have championed these rights as well as Aontú has.”

Paul Lawless, a 27-year-old teacher from Co Mayo himself contested the recent general election for Aontú, securing almost 3,000 first preference votes in his constituency. Lawless said that in Mayo, “Aontú has been the driving force behind some great initiatives such as the ‘cataract bus’ to Belfast, which allows patients awaiting medical procedures in the south to avail of the same procedures in Belfast, without the wait, under the cross border directive and indeed we were much involved with the beef protests and my party leader introduced a bill in Dáil Éireann to ban the below cost sale of beef so as to ensure that the farmer gets a fair price for his produce”.

Deputy Tóibín said he is incredibly excited about what the future holds for his party: “We are just a year old and have contested 6 elections north and north and south. We received over 50,000 votes the general elections. For a party in its first year to come out the other end of those elections now having six elected representatives on the island is a very promising start. Students are often the catalyst for change, and since my party’s foundation lots of young people have been eager to get involved, they’re hungry for real political change. They are willing to challenge the status quo. By the end of the next academic year we hope to have an Ógra Aontú societies set up on every college campus across Ireland North and South, and we have young people in each university already trying to get the ball rolling. These are the leaders of the future, and it is great to see them so engaged with the system at such an early age!”