With less than a week until the most extreme abortion regime in Europe is foisted upon the north of Ireland by Westminster and the six-county political cartel, Aontú is continuing to give representation to the widespread public opposition to the removal of all protections for preborn human beings.

“Next Monday, if the Stormont Executive is not reconvened by the Sinn Féin-DUP political cartel, Europe’s most extreme abortion regime as designed by Westminster, sought by Sinn Féin, facilitated by the DUP and supported by the SDLP leadership will be imposed on the north of Ireland.

“This is not an abstract matter. The reality is that to date the north is one of the safest places on earth for mothers and their babies. That will change in a horrific manner in the shortest of time spans.

“The reality is that not alone is the Sinn Féin-DUP political cartel content to usher in this comprehensively regressive step for human rights, but people across the north have been kept in the dark about the scale of the damage that will be done to fellow human beings if this abortion legislation is not stopped at the eleventh hour.

“Abortion legislation in Britain has already allowed hundreds, if not thousands, of babies that survive abortion in the short term to be abandoned and left to die alone on hospital trays. The prospect of that occurring in hospitals in the north is now closer to reality than ever before.

“If anyone is in any doubt the extremity of Sinn Féin’s view of preborn humans, they need only look at how Sinn Féin TDs in Dublin voted last December to reject pain relief being given to babies before being aborted. The south has already seen a dramatic rise in the number of lives being ended by abortion since it was legalised last year. Anyone who is at all concerned about the very serious challenge to the right to life of preborn humans should do their utmost to attend the Aontú public meetings in the days ahead.” 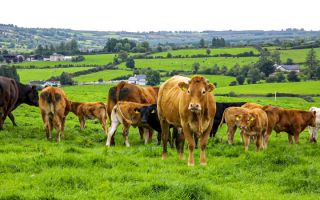